As the Nov. 3 general election date draws near, public confusion regarding State Question 805—a ballot initiative which would amend the Oklahoma Constitution and end the use of sentence enhancements against some repeat offenders—remains high.

In social media posts and television advertisements, supporters and opponents of the measure continue to offer conflicting views. This in-depth Q&A seeks to clarify how State Question 805 would impact criminal justice in Oklahoma.

The legislature determines a range of punishment for every state crime. Here are two examples:

If a person has no prior felony convictions, or it has been more than 10 years since they completed a felony sentence, they must be sentenced within the range of punishment that the legislature sets.

But if a person charged with a felony has one or more prior felony convictions, district attorneys can seek an enhanced sentence that goes beyond the maximum punishment a first-time offender can receive. An April analysis by the Oklahoma Council of Public Affairs, a right-leaning think tank that supports State Question 805, found that district attorneys use sentence enhancements in 80% of cases where it is available.

Here’s how the sentence enhancement ranges are calculated:

State Question 805 as it appears on ballots

Prosecutors can seek an even longer sentence against a criminal defendant if they have two or more prior felonies. For a third felony, the sentence enhancement range increases to three times the minimum sentence up to life in prison.

A person does not need to be charged with the same crime twice in order for their sentence to be extended. For example, a person with a prior felony drug trafficking conviction could receive more prison time  if they are charged with second degree burglary.

What would change under State Question 805?

District attorneys would lose their authority to seek a sentence enhancement against a person who has never been convicted of a violent felony. State Question 805 defines violent felonies as offenses listed in Section 571 of Title 57 of the Oklahoma Statutes on January 1, 2020.

State Question 805, if enacted, would amend the Oklahoma Constitution. Why is that important?

Oklahoma is one of 11 states where the legislature cannot alter or strike down a citizen-initiated constitutional amendment. This means voters would have to approve, through a separate ballot initiative, any modification to State Question 805.

If a person has a prior violent felony conviction, and they are later charged with a nonviolent felony, could their sentence be enhanced under State Question 805?

Yes. State Question 805 does not apply to any person who has ever been convicted of a crime listed in Section 571, Title 57 of the Oklahoma Statutes on Jan. 1, 2020. Not every crime that’s actually violent is on the list—here are three examples:

Who’s in favor of State Question 805?

Yes on 805, an effort of Oklahomans for Criminal Justice Reform

What do supporters say about the measure?

State Question 805 will reduce the state’s high imprisonment rate and save taxpayer dollars. Oklahoma’s habitual offender laws are archaic compared to surrounding states, and many offenders housed in state prisons do not pose a threat to society. Tax dollars that have been spent on housing these inmates would be used to fund treatment and rehabilitation programs.

What do opponents say about the measure?

State Question 805 would lead to higher crime rates. The legislature would not be able to modify the list of crimes State Question 805 considers violent, and prosecutors would be forced to treat repeat drunk drivers and domestic abusers as nonviolent criminals.

Could State Question 805 lead to shorter sentences for domestic abusers?

Yes. If State Question 805 passes, sentences for repeat domestic abusers could not be extended because of prior convictions.

An example: The prison sentence for a first-time offender convicted of domestic abuse by strangulation is one to three years. On the second offense, prosecutors could use sentence enhancement to seek up to 10 years in prison. If voters approve the state question, the maximum sentence for a second offense and all subsequent offenses would be three years. (Domestic abuse by strangulation was added to the list of violent crimes in May.)

A bill that would add four domestic violence offenses to the state’s list of violent crimes is headed for Gov. Kevin Stitt’s desk, and indications are he will sign it. But a conflict persists with a proposed ballot measure seeking criminal justice reforms.

There is a statute that allows prosecutors to charge Domestic Abuse with Prior Pattern of Physical Abuse, which carries up to 10 years in prison. That is not impacted by the state question. However, the charge requires more than just victim testimony. The statute calls for testimony from a witness, which is not always available, or other evidence of the abuse aside from the victim’s account.

Can’t the legislature modify the range of punishment for a particular crime?

Yes. A state representative or senator may introduce a bill that seeks to modify a portion of Title 21 of the Oklahoma Statutes. The bill must pass through the House and Senate, and the governor must sign it into law.

When would State Question 805 take effect?

Jan. 1, 2021. It would apply to any criminal defendant who has not yet been sentenced to a term of imprisonment. For example, if a repeat offender is charged with a felony in November 2020 and sentenced in January 2021, prosecutors would not be able to enhance the sentence.

Would State Question 805 be retroactive?

Not automatically. Inmates serving enhanced sentences would have to challenge the ruling in court. Here’s how the process would work:

1. An inmate applies for modification in the district court where they were convicted. A judge has 30 days to determine if the applicant is eligible for sentence modification.

2.  Eligible inmates receive a sentence modification hearing. A judge hears statements from prosecutors, victims and defense counsel. The petitioner may also speak on their own behalf.

3. Following the hearing, the judge decides how much time will be taken off the petitioner’s sentence. At a minimum, the person’s sentence must be reduced to the maximum sentence a first-time offender can receive. State Question 805 instructs the judge to “consider the estimated cost of the petitioner’s continued incarceration to the taxpayers of the State of Oklahoma” when coming to a decision.

Supporters of State Question 805 say money saved from incarcerating fewer Oklahomans could be used to fund drug treatment and rehabilitation programs. Does the ballot initiative direct any saved funds for this purpose?

No. It would be up to the legislature to put money towards treatment and rehabilitation programs.

How much have political action committees spent advocating for and against State Question 805?

Campaign finance documents for the Yes on 805 and Oklahomans United Against 805 groups won’t be made public until early November. However, all indications point to Yes on 805 having the fundraising edge.

The Yes on 805 campaign has paid for television ads, hosted weekly virtual town hall events and secured endorsements from both local and out-of-state public figures, including actress Scarlett Johansson. The group has actively campaigned since late 2019, when State Question 805 was submitted to the Secretary of State’s office.

The Oklahomans United Against 805 group, led by Palomar co-founder Tricia Everest, did not register with the Oklahoma Ethics Commission until Sept. 14.  The group’s Facebook page has only been active since Sept. 24.

Why Didn’t the Legislature Take This On?

Senate Bill 649, signed into law in April 2018, forbid prosecutors from using a person’s former felony drug possession conviction to enhance a subsequent sentence. Several drug possession crimes were reclassified from felonies to misdemeanors in 2016, when voters passed State Question 780. However, State Question 780 was not made retroactive until May 2019, when lawmakers passed H.B. 1269.

Introduced last year, Senate Bill 287 would have reduced, but not eliminated, sentence enhancements for those who have never been convicted of a violent felony. Like State Question 805, S.B. 287 defined a violent felony as any offense listed in Section 571, Title 57 of the Oklahoma Statutes.

Under the bill, repeat, nonviolent offenders would face at most 125% of the sentence a first-time offender could receive. The Senate voted 48-0 in favor of S.B. 287, but the bill stalled in the House and did not receive a full vote.

(Correction: This story has been updated to clarify that district attorneys can only ask for enhanced sentences. Judges and juries have the final say. And to clarify requirements for the Domestic Abuse with Prior Pattern of Physical Abuse charge.)

Domestic violence is considered a nonviolent crime in Oklahoma. Victim advocates want to change that and require repeat abusers to serve tougher sentences. But the effort conflicts with what criminal justice reform advocates are pushing for, including in State Question 805. 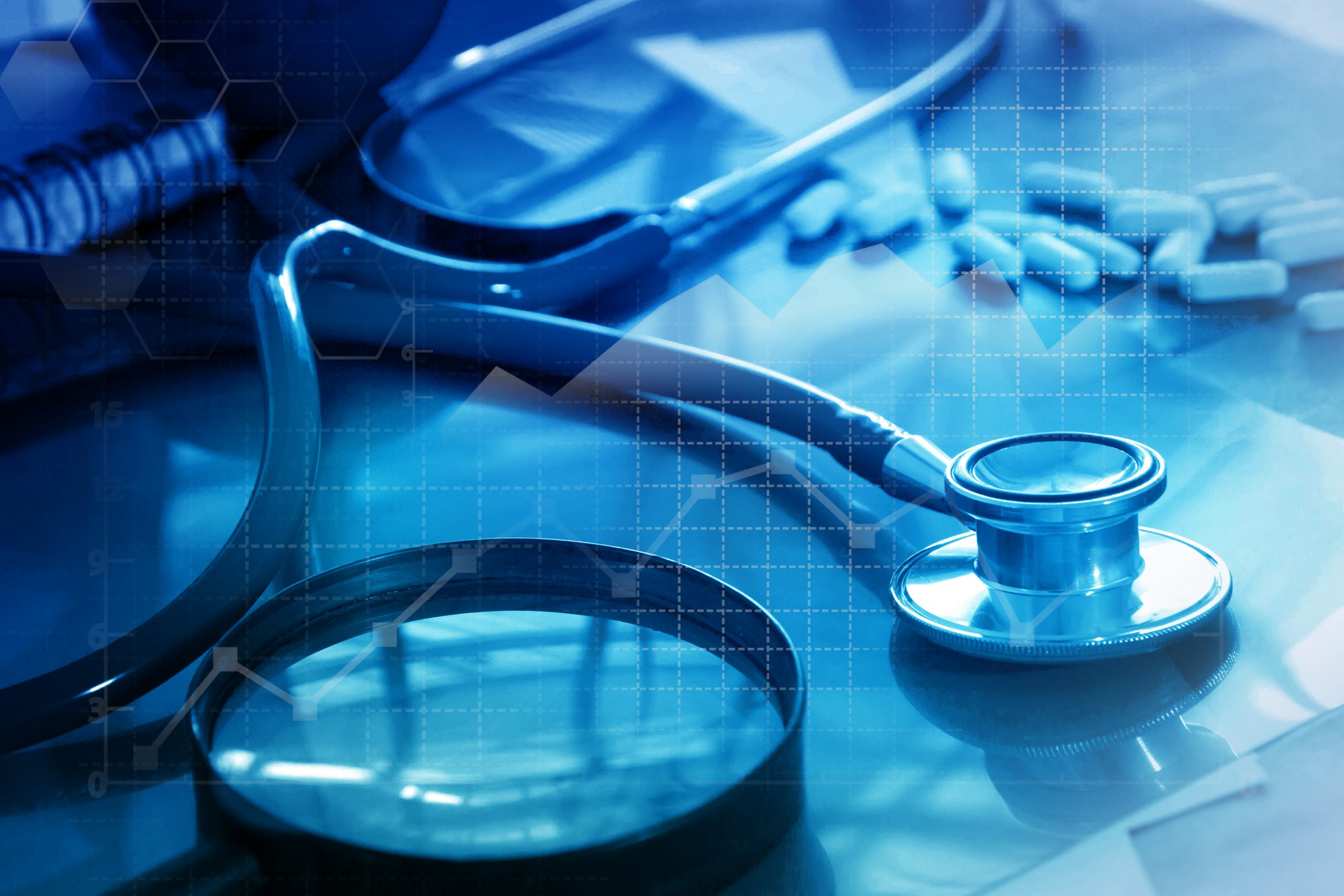 FAQ: As Oklahoma Debates Managed Care, What Does it Really Mean? 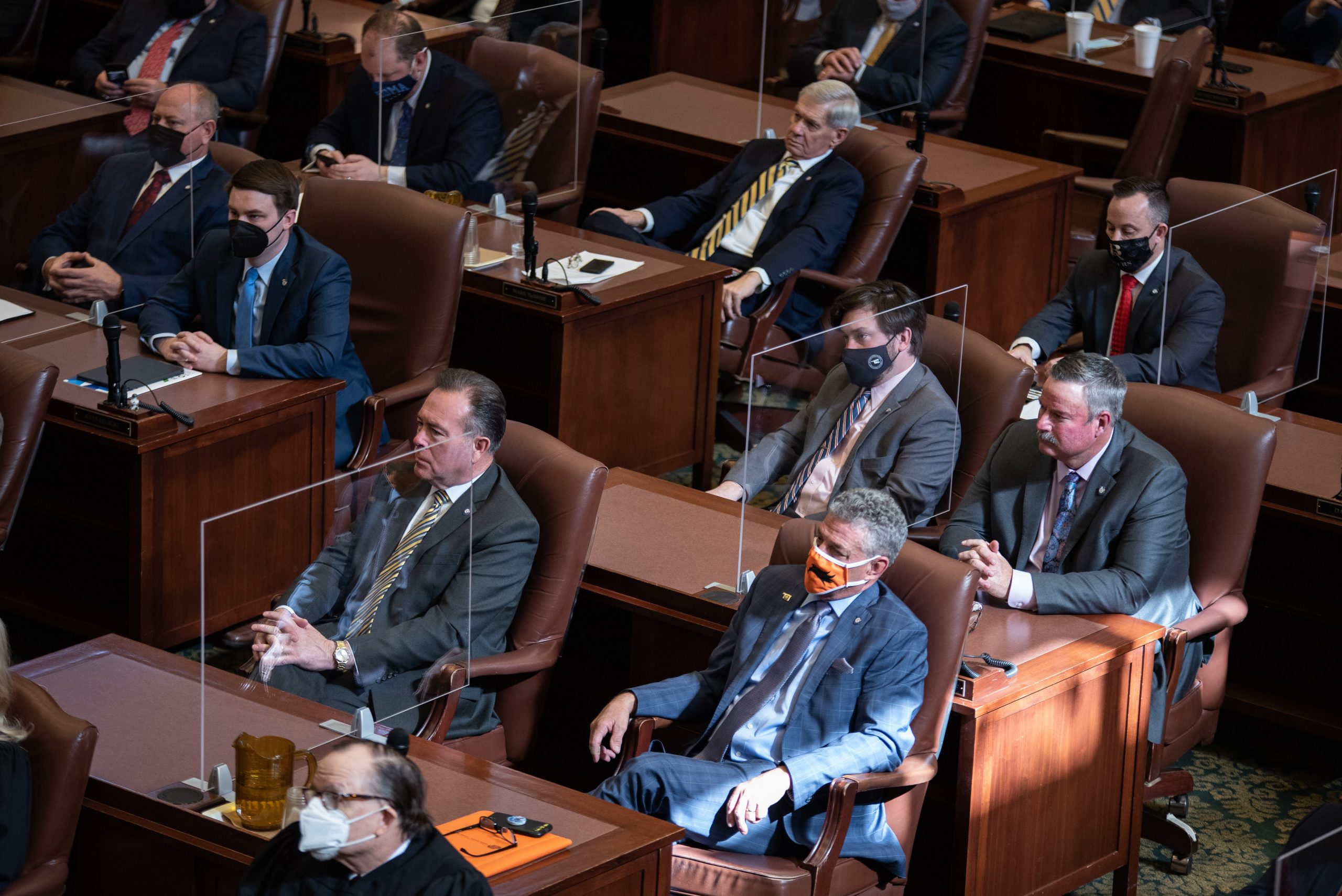 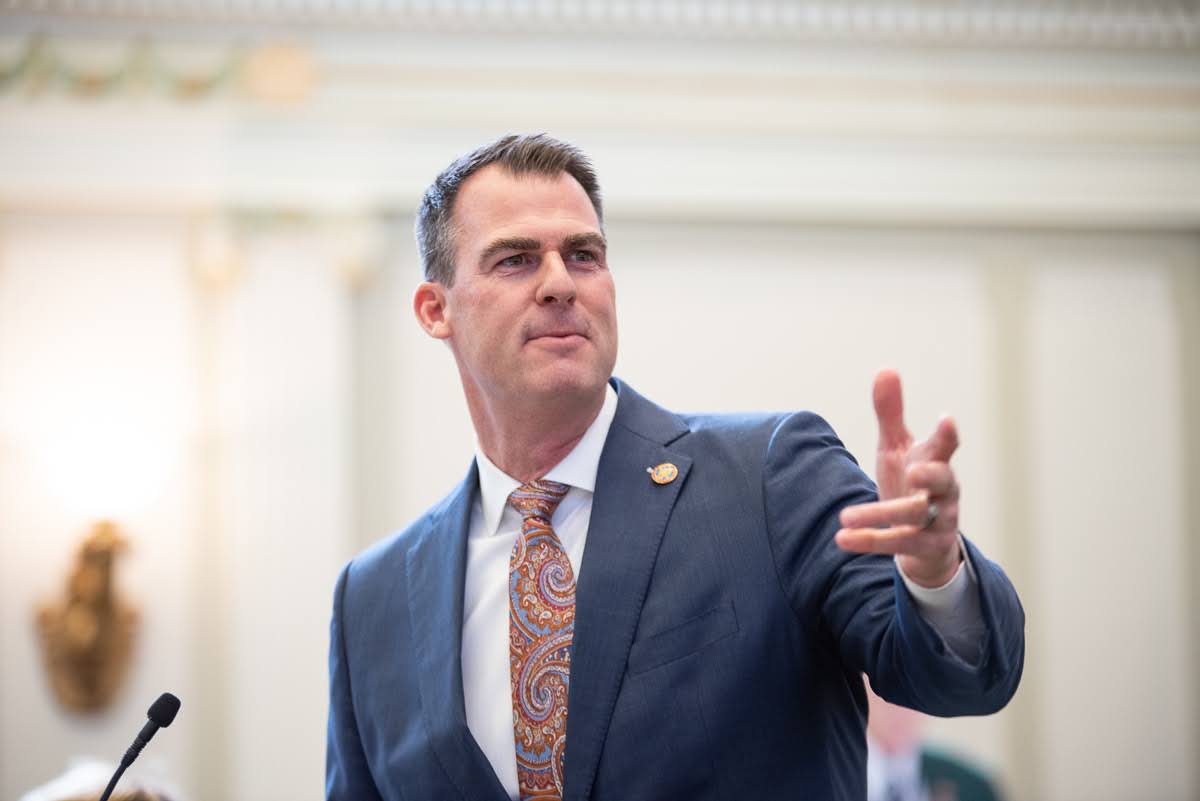