Six years after Massachusetts voters legalized marijuana, the state’s cannabis industry is bigger than ever, with cumulative recreational sales soaring toward $4 billion and more than 225 retailers now open in communities from Provincetown to Pittsfield.

That maturation is good news for consumers, who are finally seeing greater selection and lower prices after years of paying some of the highest prices in the country for legal weed that was often of mediocre quality.

But increasing competition and supply are also starting to cause measurable headwinds for marijuana operators.

For one thing, the plummeting price of recreational marijuana is eating into profits, worrying business owners who say their cannabis facilities run on surprisingly thin margins thanks to high upfront costs and exorbitant federal taxes.

At the same time, the medical side of the business is slumping, as some shoppers calculate the cost of obtaining a card is no longer worth the savings from not having to pay taxes on recreational pot. That’s a reversal from the explosion in medical sales at the beginning of the COVID-19 pandemic, when recreational pot stores were among the businesses deemed nonessential by the state and had to shut for nearly two months.

“The early bird got the worm in cannabis,” said Jim Smith, a Boston lobbyist and lawyer who represents numerous marijuana operators. “There was a lot of money to be had early on, but there’s a lot less these days. It’s a stressful, competitive business right now. None of my guys are flying high.”

The drop in the cost of marijuana flower (the familiar, smokable buds of the cannabis plant) has been especially dramatic. According to the state Cannabis Control Commission, the average price of one gram of recreational flower hit an all-time low of $7.97 in October, down more than 45 percent from the record high of $14.68 in January 2020.

Marijuana menus across the state now reflect that change, with many dispensaries charging $40 for eighth-ounces of premium flower, down from $55 to $65 when recreational sales began in November 2018. A few retailers are even offering eighth-ounces of slightly lower-quality flower for $20, a price previously unheard of here.

Likely as a result, years of steady growth in recreational revenue are giving way to something more like a plateau, even as more shops open. While surges in spending around major holidays can make it hard to spot long-term patterns, recreational sales have declined for several months in a row after peaking at $132.4 million in July.

Drastic changes looming on the supply side of the business promise to further tip the balance toward consumers and away from producers. Hundreds of applicants for cultivation licenses representing almost 9.9 million square feet of growing capacity are advancing through the state licensing pipeline, and their eventual approval by regulators would nearly quadruple the 2.6 million square feet of cannabis “canopy” currently in operation at 89 facilities around the state.

That could soon put Massachusetts in the company of other states with ganja gluts, such as Oregon and Colorado, where oversupply pushed wholesale flower prices to a record low of $658 in September, from more than $2,000 a pound in 2015.

Falling recreational prices may also be feeding into another trend: a slow decline in medical marijuana revenues and the number of certified medical cannabis patients in the state.

Consumers flocked to the medical market in the spring of 2020, when Massachusetts became the only state with legal marijuana to shut its recreational stores in response to the outbreak of the pandemic. The number of patients in the state jumped from around 62,500 in February that year to more than 82,000 in June, and later peaked at around 99,000 in December 2021. The sudden influx of “recreational refugees” pushed monthly medical revenues from $14.5 million in February 2020 to $25.8 million in May.

But more recently, the medical market has lost momentum. In October, the number of patients declined to 96,500, and monthly revenues hit their lowest point — $20.3 million — since before the pandemic.

For many, the decision to get or renew a medical card comes down to simple math: Is the cost of the required annual doctor’s appointment (which can run anywhere from $75 to more than $200) worth the benefit of not having to pay the effective 20 percent tax on most recreational cannabis purchases?

In interviews and social media posts, some patients insisted medical cards more than pay for themselves in the form of tax breaks and the extensive discounts offered by dispensaries to new and renewing cardholders, especially now that the state has eliminated its registration fee.

They also noted that patients enjoy greater legal protection from being fired over marijuana use, can buy more cannabis at once, access more potent products, avoid long recreational lines, shop at medical dispensaries in other states such as Maine that recognize Massachusetts cards, and take advantage of discounts and loyalty programs not offered to recreational consumers.

There are also intangible benefits, patients said, including the feeling of legitimacy that comes with official recognition of one’s medical condition and cannabis use.

“It’s been a good investment,” Beth Snow, a 35-year-old Boston resident, said of her medical card. “I’ve gotten a lot of medical benefit from products you can’t buy on the recreational side, I’ve used my card up in Maine, I’ve saved money on taxes, and it allows me to skip the line on those crazy busy days before a holiday. Sometimes time is money.”

Other patients, though, said the cost and hassle of registering aren’t worth it now that recreational marijuana is cheaper and more ubiquitous.

“For me, it’s a straightforward question: ‘Am I getting a return on my investment?’ ” said Adam Terry, a patient and marijuana industry worker. “I’m thinking about dropping it, because I haven’t been buying so much that the discounts make a difference.”

Marijuana operators, for their part, are mostly sticking with the medical market for now, saying they expected the recent decline in patients based on data from other states showing that the advent of recreational sales typically leads to lower medical revenues.

Entering the medical sector in Massachusetts is cost-intensive; the state requires medical licensees to both grow and retail cannabis. But executives said maintaining their medical licenses equates to a 10 percent to 20 percent bump in revenue. They also noted that medical patients are more reliable consumers than their recreational counterparts, who don’t medically rely on the drug and are more sensitive to price fluctuations and inflation.

“We’ve decided it’s worth it. We want to serve this community, and the demand is there,” said James Winokur, chief executive of Berkshire Roots, which offers medical sales at its Pittsfield dispensary and has applied for a license to serve patients at its East Boston location. “There’s also a long-term vision that one day insurance companies will cover medical marijuana. That would be fantastic for business.” 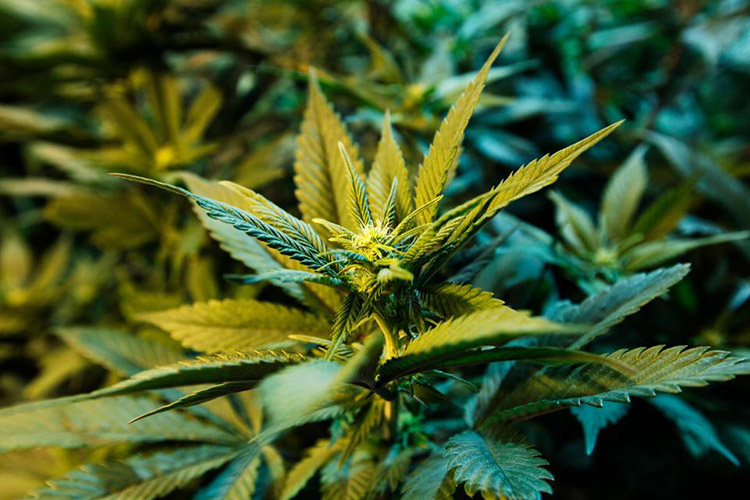